Why Treebark Termite and Pest Control? 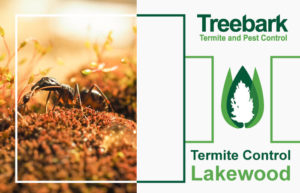 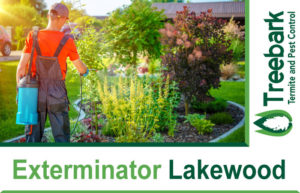 Located in Los Angeles, California, the city of Lakewood had 80,048 residents when the 2010 census was taken. Long Beach borders its west and south sides, Bellflower lies to the north, Cerritos lies on the northeast, Cypress is to the east, and Hawaiian Gardens is to the southeast. The biggest road passing through the town is the San Gabriel River Freeway (also called I 605). It runs through the east side of the city.

Lakewood is often referred to as an instant city due to its recent and sudden origins. In 1950 it boasted lima bean fields, but by 1960 it had been transformed into a city that was well-developed already. This makes it a model example of the post-Second World War American suburb.

The city turns out to be a master-planned community that arose following World War II. The developers who changed the Southern California map forever were Louis Boyar, Ben Weignart, and Mark Taper. They started the developer’s plan at the end of 1949 and completed it in 1953 in a rapid succession that encouraged the building of mass-produced housing which reached its hey-day in the 1950s.

This allowed for Second World War vets to obtain new home loans without having to make a down payment. They received a 30-year mortgage for what was at the time a mere four percent interest rate. The opening sales’ day on March 24th of 1950 saw around 30,000 individuals in line to tour the street of seven model homes. Through the conclusion of April, over 200,000 different people had come into the Lakewood Park sales office. Over 1,000 individual families had bought houses at an average of 30 homes sold per day. One day the development saw 107 houses sell in only an hour. Monthly payments were only from $44 to $56, which covered principal, insurance, and interest.

The construction of Lakewood shattered all-time records. In under three years time, empty fields transformed into 17,500 homes. Every seven and a half minutes, the development finished a new house. They built from 40 to 60 different homes each day, completing a new record amount for a single day with 110 built from sunup to sundown.

The developers carefully planned the major boulevards in town. There are frontage roads on both sides throughout the residential districts. Frontage roads access the main road off of periodically spaced collector streets. It was hailed as a breakthrough compromise from typical urban grids and winding drives with cul-de-sacs by planners of the time.

While unincorporated, Lakewood rapidly expanded into a development of over 70,000 individuals. This caused a substantial growth in needs for services. The city faced three choices in 1953. They could become annexed by Long Beach, stay unincorporated and use county services, or actually incorporate as their own city and continue to utilize county services with a contract. Residents opted to become their own city. They set a new record at the time as the biggest community in America to do so. Lakewood became the first such city in Los Angeles County to incorporate dating back to 1939.

The city has received nods for being a California pioneer in providing services. They continue to contract out the majority of their municipal services through Los Angeles County primarily, as well as to private companies and other public agencies. Lakewood became the first such city in the country to contract out all of its various municipal services upon incorporation, earning it the distinction of “first contract city in America.” A number of other suburbs of Los Angeles have subsequently used this “Lakewood Plan,” including Bellflower, Cerritos, Diamond Bar, and Walnut. Around half of all Los Angeles County cities now contract out their law enforcement services via the County’s Sheriff Department.

In 1953, a man named Harold Butler opened Danny’s Donuts, that became renamed as Denny’s Restaurant in 1959. It remains the home of the original Denny’s location in America.

The U.S. Census Bureau determined that Lakewood possesses a total area encompassing 9.5 square miles (or 25 kilometers squared). 9.4 square miles of this is physical land while .1 square miles is covered by water.

The median household income for Lakewood from years 2009 to 2013 proved to be $77,786. Fully 8.1 percent of the area inhabitants lived under the federally set poverty line.

Lakewood ‘s biggest claim to fame economy-wise is having the original Denny’s Restaurant in America. It has a shopping mall called Lakewood Center which opened its doors back in 1951.

Arts and Culture in Lakewood

The city’s arts and culture scene is more limited than in many comparably sized cities. It has the Lakewood Drive in movie theater since 1981 and two libraries that are a part of the Los Angeles County public library system.

The city is run by a five person city council. This council appoints a mayor each year from one of its members. The council also appoints its city manager and city attorney.