What Kind of Termite is This

There are two different types of termites that Glendora faces. We have have been successfully controlling these types of termites for years. We can fully guarantee complete control of your termite infestations. Stop allowing the swarming of the termites annually impact your life. Call us now for a free inspection and estimate for termites. Below are the 2 types of termites and what to look for. 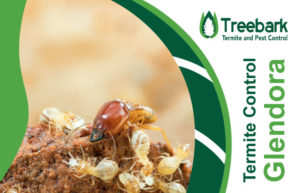 These termites are small. They come from the ground. The queen stays underground and breeds 24/7.

What To Look For

They swarm in Spring. They are all black and clear wings. You will see dirt.

They eat massive amounts of wood in short time periods. They eat from the inside of the wood creating deep voids within the wood weakening it structurally.

What to look for, Drywood Termites

They are phat bois. They swarm in Fall. They have heads the color of fire.

What do I do to get rid of them 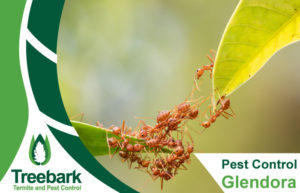 There are two things you can do right now for termites.

Circus Tent only good for Drywoods.

How much does getting rid of them cost

Depends on how many you have. It also depends on where they are at.

What happens if they come back 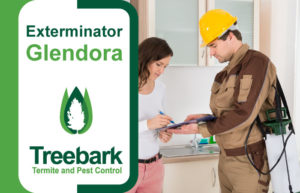 Well, it happens. In fact, it does. Often. Don’t let anyone tell you differently. Termites exist in nature. The trees have them, the fences have them, the electrical poles have them… They are present and abundant. You will never be completely termite free. Annual inspections and maintenance is the solution.

The city of Glendora lies in Los Angeles County within the San Gabriel Valley. It is a suburb city lying only 23 miles east from the downtown of LA. The city’s population proved to be 50,073 at the last census in 2010.

Glendora earned its nickname the “Pride of the Foothills” by being built within the San Gabriel Mountains’ foothills. The city’s downtown is called Glendora Village, and it has been voted among the best San Gabriel Valley city downtowns. This village boasts dozens of cafes, restaurants, boutiques, and shops lying on its main street Glendora Avenue. The city takes pride in its numerous events that the town hosts a year long. The school district is always highly ranked. Coupled with the low crime rates and small-town feeling, this has helped Glendora to be popular to families in this part of California. In 2011, the town celebrated its first centennial for being incorporated.

The history of Glendora began with a land grant to Ygnacio Palomares. He received the Rancho San Jose and its 22,340 acres of land from then Governor Juan Bautista Alvarado back in 1837. In this vast land grant were today’s cities of Glendora, Claremont, Pomona, San Dimas, and La Verne.

The city arose on what was once remote agricultural land after the region received connection to the rest of the world with the finishing of the Santa Fe Railway’s primary transcontinental line running from Chicago to Los Angeles in May of 1887. Glendora officially began on around 300 acres that George D. Whitcomb subdivided and sold off back in March of 1887. The opening day of sales saw 300 lots sold. Whitcomb had founded the Whitcomb Locomotive Works in Chicago and Rochelle back in Illinois before moving to California afterward in the early years of the 1880’s. He came up with the name of Glendora by combining his wife’s name (Leadora) with his home’s location in a San Gabriel Mountains’ glen.

Glendora received a welcome boost in December of 1907 as a new extension in the Pacific Electric Railway opened a passenger service on the Monrovia-Glendora line. This offered a regular service from Glendora’s downtown to the Pacific Electric Building in Downtown Los Angeles. Before the city became incorporated in 1911, the chief administrator held the office of President of Glendora.

Today’s downtown Glendora is the work of many years of careful maintenance and renovation by the city fathers. The former banks, movie theater, and playhouses all became converted into modern commercial buildings over time. Visitors can still read about the city’s original layout via the Downtown Glendora Historical Walk through following along on placards that were set up on Glendora Avenue. The original township had boundaries to the north of Sierra Madre Avenue, to the east in Minnesota Avenue, to the south in Ada Avenue and the railway, and to the west in Pennsylvania Avenue.

In the past, Glendora played host to a few different military academies. In the intervening years, these have been converted into facilities for private schools and churches. Today’s St. Lucy’s Priory High school along with the Church of the Open Door on Sierra Madrethe sits where Brown Military Academy was, while North Geldnora Private occupies Harding Military Academy’s grounds.

A movie making company Clokey Productions called Glendora its home base from years 1960 to 1978. They produced 85 different Gumby episodes here and 65 individual episodes of Davey and Goliath while here. Glenodra embraced this past by holding the first Gumby Fest in 2014. This brought in thousands of individuals from the U.S. and Canada. The second Gumby Fest in 2015 took up a whole weekend at Citrus College.

The city has suffered from a few different major wildfires over the past several years. The worst was the Colby Fire that displaced hundreds of people in Glendora. The community benefited from the relief concert “Glendora Band Aid” following the fire so that homeowners who had lost houses in the fire could receive financial assistance.

Glenodra is bordered on the south and east by San Dimas, to the west by Azusa, to the south by Covina and the community of Charter Oak, and on the north by the San Gabriel Mountains. The city sits within the eastern terminus of the San Gabriel Valley, lying within the arms of the northern border the San Gabriel Mountains and the southern border of the South Hills. The U.S. Census Bureau claims that the city’s total area amounts to 19.6 square miles, of which 19.4 is arable land while the remaining .2 square miles is covered by water.

A five member elected city council runs Glendora. These individuals serve four years office terms once elected. After every election, the council appoints a mayor from its members and a mayor pro tem as well.

Glendora has a number of facilities in the cultural department. The Glendora Historical Society Museum serves as caretaker for the town’s history. Rubel Castle is the legacy of Michael Rubel. There is the Haugh Performing Arts Center in town. Glendora Pubic Library offers book lending to members of the community.

The city of Glendora prides itself on its many festivals. These include all of the following: Summer Concerts in the Park, Earth Festival, Glendora Annual Chalk Fest, Heritage Festival, Halloween Carnival, Glendora Christmas Parade, and the Gumby Annual Fest.

The city with its ideal climate and abundant natural opportunities offers a number of parks and trails to residents and visitors. The active community boasts an extensive range of trails and parks. Their recreational department puts on a number of recreational programs for residents of the city.

The 2010 census stated that of the 50,073 inhabitants in Glendora, there were 16,819 households and 12,866 families dwelling here. The population density proved to be 2,581.5 residents per square mile. The housing stock included 17,145 homes spread out at an average density amounting to 895.7 per square mile. The city’s ethnic makeup included 75.1 percent White, 8 percent Asian, 1.9 percent African American, .7 percent Native American, 5.2 percent from all other races, and 4.8 percent from mixed races. Of the population, 30.7 percent were Latinos.